Did you know that pharmaceutical drugs are 60,000 times more likely to kill you than any disease or health supplement? A UK-based, international campaign group, the Alliance for Natural Health International (ANH-Intl) recently revealed data showing that compared to supplements, an individual is:

Additionally, the data shows that adverse reactions to pharmaceutical drugs are:

The data, which was collected from official sources in the UK and EU, demonstrate that both food supplements and herbal remedies are in the ‘super-safe’ category of individual risk – meaning risk of death from their consumption is less than 1 in 10 million. Besides drugs and hospital injuries, you’re also more likely to die from being struck by lightning or drowning in your bathtub than having a lethal reaction to herbs or supplements…

According to the featured article on NewHope360.com:
ANH-Intl executive and scientific director, Robert Verkerk PhD, hailed the figures as shedding new light on the vexed question of natural healthcare’s safety.

“These figures tell us not only what activities an individual is most or least likely to die from, but also what the relative risks of various activities are to society as a whole.
It puts some real perspective on the actual risk of death posed by food supplements and herbal remedies at a time when governments are clamping down because they tell us they’re dangerous.“

According to Dr Verkerk, the new figures should help to pressure UK and European authorities to reduce regulatory burdens on natural health products.

With a Super-Safe Track Record, Why are Supplements Under Attack?
Vitamins, minerals and herbal supplements have a tremendously safe track record, yet they are often singled out as being potentially dangerous by government agencies like the US Food and Drug Administration (FDA).
This – the notion that dietary supplements are unsafe — was the premise behind the FDA’s Draft Guidance on New Dietary Ingredients (NDI), which would have required the supplement industry to prove the safety of natural ingredients that, in many cases, have been on the market and used safely for decades!

Fortunately, public outcry made the agency agree to take another look at their proposed guidance and to issue a revised draft. It’s still not known when the revisions might be completed.
The original NDI draft essentially claimed dietary supplements are unsafe and must be carefully tested in order to “protect consumers.” The proposed safety thresholds even exceeded those required by pharmaceutical drugs — despite extensive toxicological data showing supplements are FAR safer than drugs. As detailed above, drugs are 62,000 times more likely to kill you than supplements!

Why on earth would supplements need more stringent safety thresholds than drugs?
“It’s an obvious attempt to eliminate competition for the drug industry”!!

For example, according to the latest data from the US National Poison Data System (2010 report), NO deaths were attributable to vitamin and mineral supplements that year.
And, as noted by Orthomolecular Medicine News Service last year, Americans easily take more than 60 billion doses of nutritional supplements every year, and with zero related deaths this is an outstanding safety record:

“Well over half of the U.S. population takes daily nutritional supplements.
Even if each of those people took only one single tablet daily, that makes 165,000,000 individual doses per day, for a total of over 60 billion doses annually. Since many persons take far more than just one single vitamin or mineral tablet, actual consumption is considerably higher, and the safety of nutritional supplements is all the more remarkable.
Over 60 billion doses of vitamin and mineral supplemnts per year in the USA, and not a single fatality. Not one.

If vitamin and mineral supplements are allegedly so ‘dangerous,’ as the FDA and news media so often claim, then where are the bodies?”

The Pharmaceutical Drugs Industry is the REAL Health Threat
In striking contrast, drugs are known to cause well over 125,000 deaths per year in the US when taken correctly as prescribed – yet the FDA allows fast-track approvals and countless new additions of poorly tested drugs to the marketplace that must later be withdrawn due to their lethal consequences.
It is simply incomprehensible that any rational approach would seek to vilify supplements over drugs when the data in no way, shape or form supports it. The most likely motive for this position is financial greed that can put your life in jeopardy.

According to the US National Poison Data System the following drug categories are among the most lethal:

Slightly lower down on the list you find drugs like muscle relaxants, anti-inflammatory drugs, hormones, antacids, anticoagulants, and antihistamines.

According to a July 6 press release,
“… Since 2000, the drugs sending people to their graves or to rehab have been shifting away from illicit drugs and toward prescription drugs.

The 2011 report on the subject from the Centers for Disease Control and Prevention made it clear:
prescription narcotic pain reliever overdose deaths now exceed the number of deaths from heroin and cocaine combined.

… ‘Our own clients and people calling in daily for information about our program or help have told us story after story about addictions starting with the use of prescription drugs,’ stated Derry Hallmark, Director of Admissions at Narconon Arrowhead, a premier drug rehab facility in Southeastern Oklahoma.
‘Sadly, prescription medications have become the newest of the gateway drugs. Sadder still are the losses of life and other severe consequences that go hand in hand with drug abuse, which is especially the case with prescription drug abuse.’
Hallmark adds that those addicted to prescriptions will often end up needing treatment or will even start taking illicit drugs. One of the most common examples of this is the connection between those addicted to painkillers that then start taking heroin…”

It’s important to understand that there is a risk of side effects every time you take a prescription drug.
No one (except for those who intentionally overdose) expects these medications to kill them, but they can do just that, and it happens far more often than you might think.

In a 2011 report by the Substance Abuse and Mental Health Services Administration (SAMSHA), officials emphasized that people should not assume there’s no risk in prescribed medicine.

The truth is, the best way to avoid all risk, including death, from prescription drugs is to NOT take them at all.

Remember, it’s your body, not your doctor’s and not your pharmacist’s, so it is up to you to make the decision of what drugs to take, if any.
Be SURE you are aware of the risks of any medication prescribed to you, and weigh them against any possible benefit. Then you can make a well-informed decision of whether it’s a risk you’re willing to take.

How To Optimize Your Health Without Drugs
Of course, of paramount importance is taking control of your health so you can stay well naturally, without the use of drugs or even frequent conventional medical care. If you adhere to a healthy lifestyle, you most likely will never need medications in the first place.

This includes:
1. Proper Food Choices
Generally speaking, you should be looking to focus your diet on whole, unprocessed foods (vegetables, meats, raw dairy, nuts, and so forth) that come from healthy, sustainable, local sources, such as a small organic farm not far from your home.
For the best nutrition and health benefits, you will want to eat a good portion of your food raw, and make sure you’re sourcing your meats and animal products from organically-raised, grass-fed or pastured animals.
Nearly as important as knowing which foods to eat more of is knowing which foods to avoid, and topping the list is fructose. Sugar, and fructose in particular, acts as a toxin in and of itself, and as such drive multiple disease processes in your body, not the least of which is insulin resistance, a major cause of accelerated aging.

2. Comprehensive Exercise Program, including High-Intensity Exercise like Peak Fitness
Even if you’re eating the healthiest diet in the world, you still need to exercise to reach the highest levels of health, and you need to be exercising effectively, which means including not only core-strengthening exercises, strength training, and stretching but also high-intensity activities into your rotation. High-intensity interval-type training boosts human growth hormone (HGH) production, which is essential for optimal health, strength and vigor.

3. Stress Reduction and Positive Thinking
You cannot be optimally healthy if you avoid addressing the emotional component of your health and longevity, as your emotional state plays a role in nearly every physical disease — from heart disease and depression, to arthritis and cancer. Effective coping mechanisms are a major longevity-promoting factor in part because stress has a direct impact on inflammation, which in turn underlies many of the chronic diseases that kill people prematurely every day. Energy psychology tools such as meditation, prayer, social support and exercise are all viable options that can help you maintain emotional and mental equilibrium.

4. Proper Sun Exposure to Optimize Vitamin D
We have long known that it is best to get your Vitamin D from sun exposure, and if at all possible, make sure you’re getting out in the sun on a daily basis. There is preliminary evidence suggesting that oral vitamin D may not provide the identical benefits, although it’s still better than none at all.

6. Avoid as Many Chemicals, Toxins, and Pollutants as Possible
This includes tossing out your toxic household cleaners, soaps, personal hygiene products, air fresheners, bug sprays, lawn pesticides, and insecticides, just to name a few, and replacing them with non-toxic alternatives. 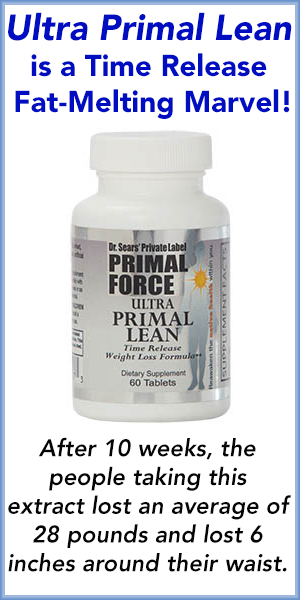 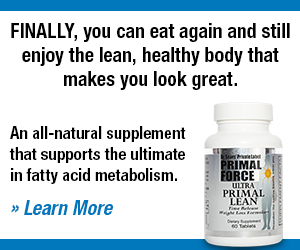